Book Tour: THE ROAD TO FREEDOM by Shawn Pollock 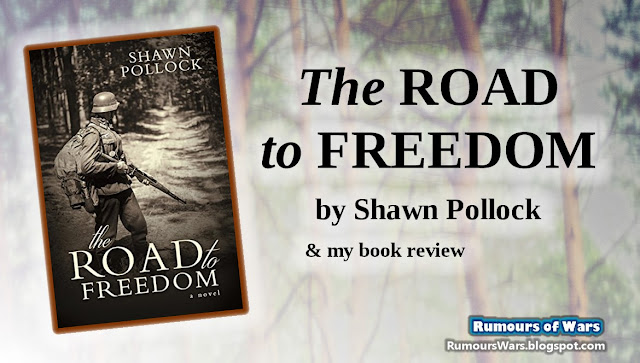 About The Road to Freedom: 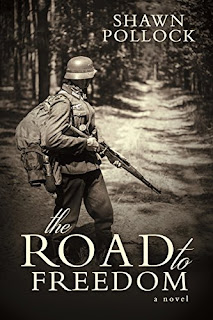 “We could go to Elbe River.” Kohler didn’t have to say the rest. After a baleful stare, the captain did it for him.
“You want to surrender to the Americans.”

Kohler gulped.
In 1945, World War II is ending but not in favor of Germany. Hans Kohler is a young Mormon German who knows more about farming than being a soldier. A worn copy of the Book of Mormon is the only thing that brings him comfort.
Captain Christoph Meier seems to be the perfect German soldier. His pristine Aryan features and strong family ties to the Nazi Party should have placed him at a far better post than this unit. Instead, he’s leading broken veterans and inexperienced greenies.

When the Russians attack their unit, it leaves Meier and Kohler trapped behind enemy lines. To get past snipers, the Nazi SS, and the Russian Army, they need to use all of their skills, including believing that God wants them to survive. Tormented by his past, his only ally is a young private who practices a strange American religion. As they travel through treacherous Russia, the two quickly realize they will have to trust in a merciful God to have any chance of escaping a deadly fate.

The captain glanced after the speaker but said nothing. To the green troops, his words were curt. “I am Captain Meier. This is Sergeant Erlichmann. You are now part of the 44th Machine Gun Company. I highly doubt they taught you how to retreat and training camp, but that's what we've been doing for weeks now.”

The words shocked Kohler. The drill sergeants had told the new recruits of the Fűhrer’s order that not one soldier would take a step back. They should expect to die first.

The captain continued. "A few of you will be assigned to the mortar platoon. The rest of you will support the machine gunners in each squad, and we also need one machine gunner.” His gaze lighted on Kohler after the sentence. Kohler felt himself shrink until it seemed he was looking up at the captain from the bottom of a pit. “What's your name, Private?”

“You go with the sergeant,” said Captain Meier. “The rest of you, come with me.”

The sergeant led Kohler away from the others, passed a scattering of men and supplies. As they walked, the sergeant asked, “Where’d they pull you from, Private?”

Kohler thought he Erlichmann meant it until he saw the sergeant's grin. It made him feel a little better. “No, sir. Corpsman.”

“That's a fine thing, understaffing the hospitals. Well, now you get to see how the wounds are made. I'm a surprise a guy your size didn't get sent straight to combat. Ever do any fighting?”

Kohler wondered if the sergeant had already forgotten about the 429th. Erlichmann must have noticed his confused look because he said, “I mean boxing. You ever boxed?”

This was an interesting World War II story set at the end of the war. The two main characters, although they do not appear to have much in common, must rely on each other for survival as they make their way west in hopes of surrendering to the Americans. Their journey is one fraught with danger and suspense, which kept me interested and reading.

This novel can be characterized as a Christian or inspirational story with its references to faith in God and the Mormon soldier’s believe in the Book of Mormon. This difference between the religious beliefs of the two main characters added to the story. I enjoyed the story and recommend it.

Purchase links for The Road to Freedom:

Shawn Pollock grew up Cache Valley, Utah, served a mission in Japan, and graduated from Utah State University with degrees in Professional Writing and Instructional Technology. He works as an instructional designer in the software industry. His short story, “Hats,” won first place in The New Era magazine’s fiction contest. Any time not devoted to work and family goes to cooking, reading about history, and participating in the League of Utah Writers. The Road to Freedom is his first novel.

Posted by Zina Abbott Author at 2:00 AM