My first book in the Rumours of War series,
I Am an American,
will feature some elements of what led up to the
attack on Pearl Harbor
and
the effect of the news about the Pearl Harbor attack and subsequent United States declaration of war on Japan and Germany
on two friends, both high school seniors at Livingston High School, and their families.
One girl is a Caucasian whose father was a first generation American of German descent.
The other girl is a first generation American of Japanese descent, or Nisei,
whose family lives in the Yamato Colony. 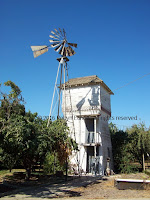 Why the tank house on this banner dealing with the attack on
Pearl Harbor?
More on tank houses in a future blog post.
For now, I will just say they represent two directions taken by two different groups of people of Japanese descent.

I Am an American
will be included in a box set of stories titled:
Pearl Harbor and More Stories of WWII: December 1941.
The box set is scheduled to be released in November, 2016
in recognition of the 75th anniversary of the bombing of
Pearl Harbor and the entrance of the United States
into World War II.

Posted by Zina Abbott Author at 2:41 PM No comments: