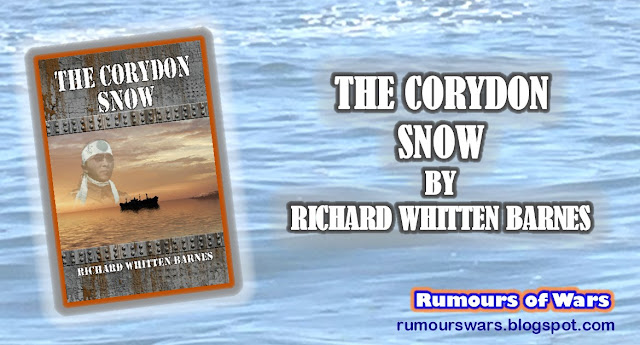 Today I am featuring
The Corydon Snow
by Richard Whitten Barnes


About The Corydon Snow:


In the summer of 1943, the Liberty Ship SS Corydon C.Snow is ordered on a dangerous voyage to transfer 400,000 gallons of highly explosive aviation gasoline from Midway Atoll to Port Moresby, New Guinea.  En route, it becomes clear that the ship is plagued with a cantankerous engine.  These pressures educe the best and worst from the crew.  Notable among them is Victor Brenz, a misfit who somehow seems to be in the center of one conflict after another.

Lieutenant (JG) Robert Stark has reluctantly signed on as officer in command of the US Navy Armed Guard, a unit of fifteen men charged with defending the ship.  His training does not prepare him for the diversity of the crew and events, particularly, the dangerous mission of the ship.  He finds on board a solitary, troubled Captain, a First Mate with thoughts of suicide, a discredited Navy Chief, and Henry Baldwin, a young seaman he sees as a hick from Indiana.

On the other side of the Pacific a young student, Naoki Tamoro, is entering the Imperial Japanese Navy as a flight cadet.   His training coincides with that of the Snow’s fifteen month cruise through the Southern Pacific until the two stories inevitably come together.

That peril comes soon after the famous battles of Leyte Gulf, where the first of many suicide air attacks on US and Australian ships occur.  Naoki Tamoro has graduated as a carrier pilot.  Pride in his country and honor to his ancestors have induced him to volunteer for Tokubetsu Kōgekitai, or Tokkō, later to be known in the West as Kamimaze.  But, Tamoro has now dishonored his country by pulling out of a dive on a US Navy convoy.  Angry with himself, he sees the Corydon Snow, alone, steaming to catch up with the convoy and determines to atone for his inaction.

A courtroom in Honolulu is the backdrop for denouement.  A charge of murder is heard by a judge in a preliminary hearing.  Details of that last night in the Philippine Sea are given under oath after which Stark and Baldwin share the real truth. 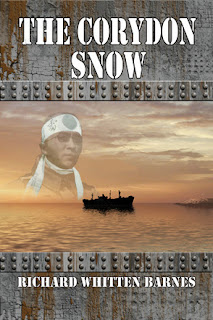 From the Author's Note:

This is a war story; not about heroic airmen, gallant soldiers, or marines, but civilians. They were the men of the Merchant Marine who manned the supply ships that won World War II. Over sixteen hundred ships were lost, along with eighty-four hundred of their Merchant Marine crew--one in twenty-six men in the Merchant service--the highest death in the line of duty ratio of all services. It is also a tribute to the United States Navy Armed Guard, sailors assigned to man the meager weaponry availed to the slow-moving freighters.

Merchant Mariners have never received full recognition for their contribution to that war. Four decades after the war, they were finally awarded the status of "veteran," but were never compensated as were the other services. As this book is written, the US Senate has neglected to consider their version of a House bill (H.R.23) that attempts to partially correct this wrong.

Much of the lack of attention to the Merchant Marine veterans stems from a combination of 'misinformation, misunderstandings, and outright lies,' as one source puts it. The conception that merchant seamen had little or nothing to do with the firing of the ships' armament is still prevalent, despite proof to the contrary.

The Corydon Snow is a novel, but historically accurate as the best of my research would allow. While the characters and situations are fictional, they are set in a background of actual events. Most of the situations are based on either written memiors, or my interviews with retired crewmen, both Merchant Marine and US Navy. Though sometimes incredible, these fictional events are well in keeping with the true heroisms of the US Merchant Fleet in World War II.

This was an excellent book, well-written, as I have found to be the case with novels written by Richard Whitten Barnes. Among the storyline with its interesting cast of characters, I was able to reap out the grains of the true challenges and missions of the US Merchant Marine. They weren't just a transport service. They were often at the mercy of the US Navy as orders were given, orders were changed and demands to sail into the thick of battle were issued. For, when the "front" was moved as the islands of the Pacific were conquered, the US Merchant Marine were required to load, haul and unload the infrastructure of the military bases and command centers to the new front.

I enjoyed the array of characters in this book, from the responsible, to the whacko, to those who were there under duress because their alternative had been to go to prison. As usual, the characters were engaging in and of themselves, which enhanced the plot. Even the young Japanese pilot, Naoki Tamuro, was a sympathetic character even though he was the enemy.

I recommend this book not only because it is an interesting and engaging story, but because it will help give the reader a much better understanding of the challenges of the merchant marine service, the US Navy role in protecting them, and the degree of danger they worked in as they transported goods for the military services.

Richard Whitten Barnes is a native Chicagoan, graduating as a chemist from Michigan State University. He is now retired from a career in international chemical sales and marketing, which has taken him all over the world. Barnes is a veteran of the U.S. Army 82nd Airborne Division and an avid sailor. He lives in Lake Wylie, S.C., but spends summers with his wife Marg and dog Sparty at their cottage on St. Joseph Island, Ontario, on the shores of Lake Huron.