Today I am featuring the novel,
Unyielding
by Marion Kummerow 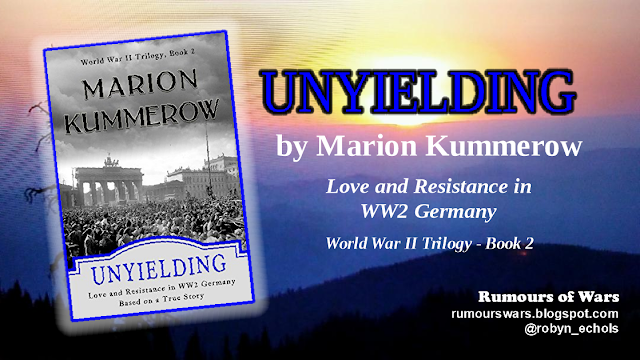 Seventy-four years ago today, an event happened that forever changed one man's life. This is his story.
Based on real events-- 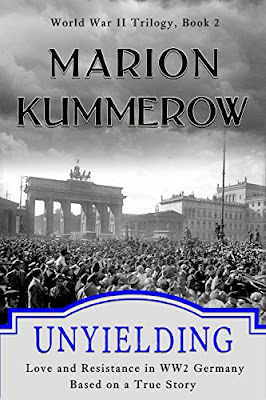 Eighty years ago on October 24, 1936 two people pledged their love -- for each other, but also for their country and for humanity.

They left a legacy of courage and resilience. Something that is all too often forgotten in our world today.

Unyielding tells the story of unconditional love and bravery. Q and Hilde fight everyday to keep on to their own happiness while battling the evils of the Nazi regime.

Q gets sucked deeper and deeper into his intelligence work that includes sabotage of war production, giving critical information to the enemies of Germany, and acts of passive resistance.

But he feels it's not enough.
He's devising a plan to do the one thing that might shorten this horrible war and save millions of lives: assassinate a fellow human, a Nazi leader.
But can he go through with it? Or will this be the ruin not only for himself, but his entire family?

“I have a surprise for you,” Q said as they finished their coffee and pastry.
“What is it?” Hilde’s eyes glowed as she asked, glancing once more at the precious ring on her right hand.
“Jakob asked one of his friends, who is an interior designer, to open up his warehouse for us this afternoon. He has a new shipment of furniture that we can look at.”
Hilde pouted, but there was amusement in the gesture. “I still have to get used to your idea of bein romantic, but it’s a great idea. A comfortable couch would be rather nice.”
While Q had moved into their new apartment in the district of Charlottenburg a while ago, Hilde had done so only this morning before going to the registry office.
“Let’s go then,: he said, once again surprised at her different way of thinking. Hadn’t she always complained that the apartment wasn’t properly furnished, and the front room contained nothing more than two wooden chairs, borrowed from the kitchen table? So what could be more appropriate than buying furniture on their wedding day?
They had a lot of fun looking at and test-sitting the selection, and after an hour, they purchased two couches and arranged to have them delivered the next day. Jacob’s friend congratulated them on their choice of the studio couches. “Well done, my friends. Those are the last high-quality cover fabrics our Fatherland used to make.”
Q raised and eyebrow. “How so?”
Hilde wrinkled her nose. Nobody wanted to believe in the imminence of another war, but the signs became more prominent with every passing day.


You may purchase Unyeilding on Amazon by CLICKING HERE.

This book is the second in a series. My review of the first book, Unrelenting, you may find by CLICKING HERE.

This book continues the story of "Q", Wilhelm Quedlin, and his new wife, Hilde. Starting with their efforts to marry in 1936, they found getting the proper paperwork to prove they were not Jewish and approval to marry and travel increasingly difficult in Nazi Germany. They didn't like what they saw happening in their country.

I enjoyed the scenes in which the couple went on a honeymoon to other nations in Europe. They could not help but contrast the happiness of the people and the freedom to move and speak unrestrained available outside Germany as compared to the dark, fearful atmosphere of oppression in their native land. When they tried to emigrate and found they could not receive permission, they chose to stay and fight back.


As an American, I find this history of late 1930's-early 1940's Germany interesting. A common American criticism of World War II Germans is why didn't they stop Hitler? Why did they look away and allow it to happen? The message of this book is most Germans were not in a position to stop him--the Nazi machinery was already too strong even as Hitler first rose to power. By the time the German people realized their loss of freedom and the atrocities taking place around them, it was too late to act without risking their lives and those of their family members. Although this story touches on the terrible treatment of German Jews, it is about the difficulties that touched the lives of everyday Germans. Increasingly the people found they must be careful what they said and who they said it in front of, even their children. Criticisms spoken about the Nazi party often proved deadly.

There was resistance to the Nazi regime, which is what this story is about, but out of necessity it had to be kept quiet and hidden from public view. Successes were few. Many of those stories were probably lost to us. This story of fighting back against Nazism is based on real events in the lives of the author's German grandparents. The author is sharing a fictionalize story of their fighting back against Hitler's Nazism with the world.

I anxiously await the publication of the third volume of this saga of love and resistance in Nazi Germany. 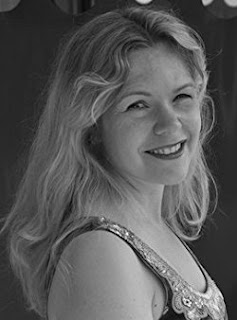 Marion Kummerow was born and raised in Germany, before she set out to "discover the world" and lived in various countries. In 1999 she returned to Germany and settled down in Munich where she's now living with her family.

After dipping her toes with non-fiction books, she finally tackled the project dear to her heart. UNRELENTING is the story about her grandparents, who belonged to the German resistance and fought against the Nazi regime.

It's a book about resilience, love and the courage to stand up and do the right thing.
Visit her blog at kummerow.info or her facebook page at facebook.com/autorinkummerow

I AM AN AMERICAN in Pearl Harbor and More 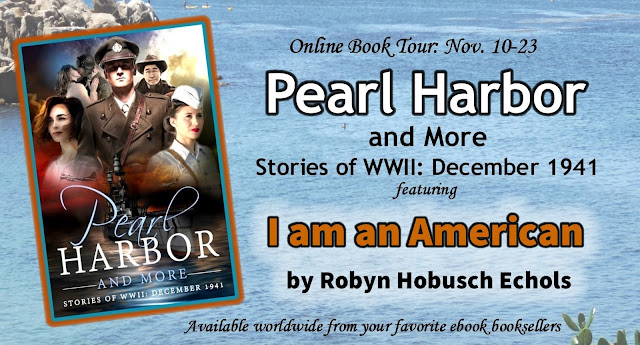 I Am An American
by Robyn Hobusch Echols:


The Japanese bomb Pearl Harbor on December 7, 1941 and the next day the President of United States calls for a declaration of war on Japan and Germany. For the families of two Livingston, California, USA high school seniors, Ellen Okita, a first generation American who lives in the Yamato Colony composed of about 100 families of Japanese descent, and Flo Kaufmann, whose father is a first generation American in his family, the war hits home fast and brings unforeseen changes. 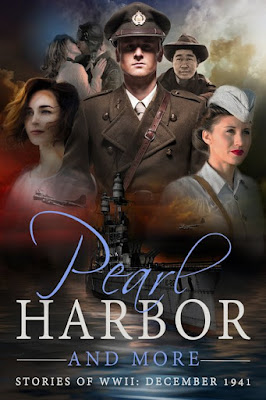 Excerpt from I am an American:

Pride crept into Ellen’s voice. “Yes. I’m Nisei, born in America. I’m an American citizen, same as you. But we celebrate Thanksgiving to remember the Issei experience of our family coming to America from Japan after we became Christians.”


“That makes sense.” Flo paused as a question popped into her mind. She held out a hand to stop Ellen from entering their trig classroom long enough to ask, “Ellen, are your parents American citizens too? Or do they still consider themselves Japanese citizens?”


A cloud of sorrow descended upon Ellen’s face. “My parents are proud to be born Japanese, but came to the United States willing to become Americans in their new land. It is the government that won’t allow them to be citizens. People who cross the Atlantic to make America their new home can become citizens. Unfortunately, America doesn’t want to allow people who cross the Pacific to be citizens. My father was twenty-one when he came to America intending to stay for the rest of his life. But the law will not allow him become a citizen even though he’s American in his heart.”


Flo reached out to touch her friend’s hand in commiseration but pulled it back. She knew Ellen did not welcome physical expressions of affection. “It’s not fair. They should let your family become citizens.”


Ellen forced a smile. “You’re a good friend, Flo. If we people of Japanese descent had more friends like you, the government would let my parents become citizens. Until the laws change, we’ll be patient and prove our loyalty.”

For two additional excerpts and book reviews for I am an American, visit the blogs for E.B. Wheeler and Richard Whitten Barnes.

About PEARL HARBOR AND MORE
Stories of WWII: December 1941:


On December 7th 1941, a pivotal event took place that changed the face of World War II. Hundreds of Japanese fighter planes carried out a devastating surprise attack on the American naval base at Pearl Harbor in Hawaii. By December 11th, the United States was at war with the Axis Powers in the Pacific and European theaters. World War II raged for almost another four years, but the entry of the world’s greatest economy into the conflict profoundly influenced its course.

This wide-ranging collection of eight stories by a diverse group of authors, who write wartime fiction, commemorates the 75th anniversary of the Battle of Pearl Harbor. Few people’s lives were unaffected in some way by that fateful day and these stories reflect this. Some of them are set at Pearl Harbor itself, in other parts of the United States and in Singapore. Other stories take place in Europe: occupied France, Germany and Northern Ireland. They explore the experiences of U.S. servicemen and women, a German Jew, Japanese Americans, a French countess, an Ulster Home Guard, and many others.

We hope readers will enjoy our salute to the people and the events of this momentous era.

Available at the following online booksellers: 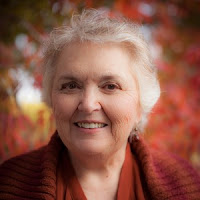 Robyn currently lives with her husband in California, USA, near the “Gateway to Yosemite.” She is a member of Women Writing the West, and American Night Writers Association. She enjoys any kind of history including family history. When she is not piecing together novel plots, she pieces together quilt blocks.

Posted by Zina Abbott Author at 1:00 AM No comments: