Book Review: IN THE SKIES by Marion Kummerow 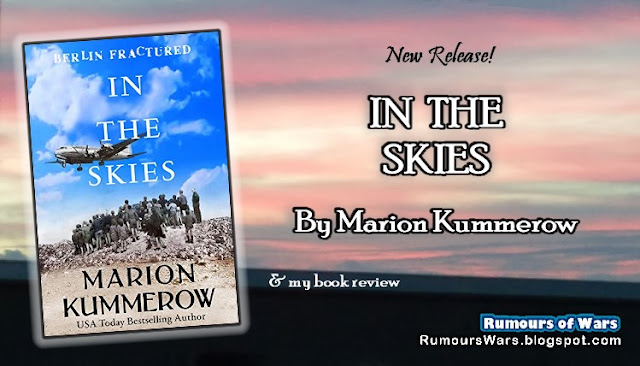 Today I am featuring the new release 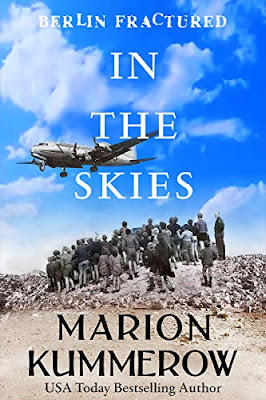 About In the Skies:

In 1948 the experiment of four-power ruling over defeated Germany has turned out to be a spectacular failure and the Soviets are putting the screws on Berlin.

Zara wants to leave everything behind, looking forward to a brighter future in the American zone of Western Germany, but even before she reaches her destination, things go horribly wrong.

While she is whisked away to face her own horrible fate, the struggle between the Soviet Union and the Western Allies comes to its pinnacle. Blockaded by land, the Berlin population can only survive with supplies flown in by air.

Glenn’s reason for life is to fly. As soon as the Air Force pilot hears about Operation Vittles, he jumps into the adventure with both feet.

When his and Zara’s paths cross it seems nothing more than another flirt, but he soon finds out there’s more to her than meets the eye and in his darkest hour she’s the only one who comes to his help.

But will she be able to pull off what the entire US Air Force in Germany can’t and save him from the paws of the Soviets? If she doesn’t, he might never return to tell the tale.

“My godmother gave the medallion to me on my fifteenth birthday,” she said, hoping he wouldn't notice the trembling and her voice.

“I'm very sure it is stolen. Take it off,” he ordered and waited for her to remove the necklace from her neck. His eyes lit up when his thick thumb stroked the smooth surface, and moments later the necklace disappeared into his pocket.

Zara gasped, but didn't dare protest, despite being heartbroken, since this was her only memory of her godmother. She cast a helpless glanced at Laura, who pretended not to notice anything out of the ordinary. Arguing with a Soviet officer intent on stealing valuables wouldn't change anything, except get her into trouble. The necklace was lost.

The policeman turned around to look at Laura and her suitcase, but before he could order her to open it, another officer appeared in the compartment door.

“What's the delay?” he said to the Russian. Zara had learned enough of the loathed oppressors language in the past years to maintain a very simple conversation, but usually pretended not to understand.

The policeman seemed to defend himself and after a short exchange of words, he pulled out Zara's necklace and pointed and accusing finger at her. The cold hatred in his eyes made her shiver. “You have been pilfering and stealing German cultural property.”

“Why, no! My Godmother gave it to me ten years ago. In fact, he's the one stealing it!”

As soon as the words left her mouth she regretted them, because his face turned into an ugly grimace and he turned toward the officer. “Comrade, you won't believe an obscure German slut over a member of the Red Army.”

He held out the necklace to his superior, who eyed it and then said to Zara, “You’re under arrest for smuggling, pilfering and stealing.”

When Zara, frozen in place by fear, didn't move immediately, he said impatiently, “The great Soviet Union is intent on protecting the cultural property of Germany and you will be tried for your crimes.”

There was nothing she could do, except to send a helpless play for help to Laura, who only shrugged, her eyes wide open in anguish. It was a cruel irony of fate, because Zara was sure Laura was the one actually smuggling things in her suitcase.

Zara follow the two policemen from the train, like a lamb being led to slaughter. She was innocent, but would anyone care about that little detail? Going by what she knew about the Soviet system, she guessed not.

I grew up learning about the Berlin Airlift which had been going on for some time. The Cold War with Communist Russia as the enemy was accepted. Although I recall learning how the Russians in East Berlin built the wall and closed the roads to transportation, much of what the author brings out in her book about the challenges of the airlift, and how it difficult it was to keep going in order to supply Berlin, was new to me – and very interesting.

I enjoyed the characters in this book, although promiscuous, American, party-boy Glenn did not appeal to me personally, he filled an admirable role in the story. I thought Zara was a great character. How unfortunate that she continued to pay for her Nazi father’s sins, even though she had nothing to do with his involvement in the war. Yet, several parties tried to use her to find him. She came into her own in this book. I enjoyed the other characters, too, including the Russian, Vladi, a rather conflicted soul.

This was a great romance novel with several intense scenes and behind-the-scenes action. I loved the details behind the “Candy Bomber” campaign. I highly recommend it, especially those who enjoys history of the twentieth century. Don’t stop with World War II stories, because, as this book demonstrates, in Germany, the war was not over.

This book reads well as a stand-alone novel. However, to get the full impact of what took place in Berlin after World War II, I suggest reading the first two books in the series, also: From the Ashes and On the Brink.

To find the book descriptions purchase link for 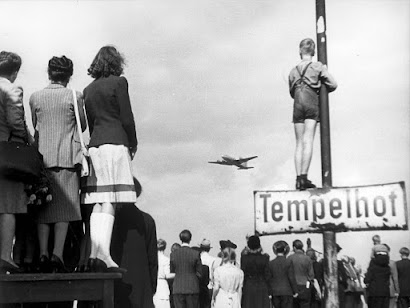 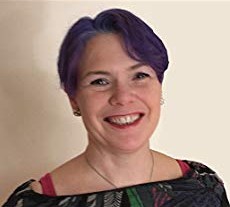 
Posted by Zina Abbott Author at 10:28 AM No comments: