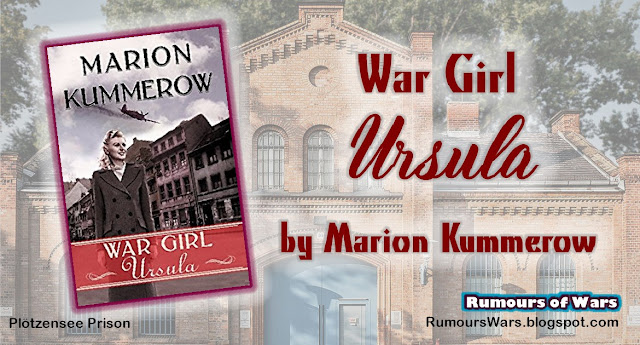 A prisoner escapes. A guard looks the other way.

In Berlin 1943 compassion is a crime.

So, why does Ursula Hermann risk her life and brave the Gestapo to save a man she barely knows?

Ursula has always lived the law, never broken the rules in her life.
That is until the day she finds escapee British airman Tom Westlake and all the right she’s worked so hard to maintain goes wrong...

And she does nothing to stop him.

Torn with guilt about what she did, Ursula battles with her decision when suddenly Tom returns, injured and pleading for her help.

This is her opportunity to make things right.

But shadows from the past tug at her heart, convincing her to risk everything, including her life, in order to protect a man she barely knows.

As they brave the perils and dangers of the ever-present Gestapo, will Ursula find a way to keep Tom safe?
Or will being on the opposite sides of the war ultimately cost both of them their lives? 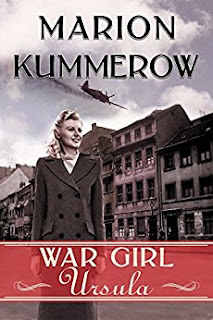 Many, many hours later, the all-clear siren shrilled. Ursula woke with a start and stretched her stiff limbs. Then they left the basement to take stock of the damages to the prison building.
The air was filled with dust and smoke. Much to Ursula’s relief, the women's tract was almost untouched. However, the main building of the prison presented a picture of utter devastation. Rubble wherever she looked. The building must have received several direct hits, and the ensuing fire had done the rest. Most of the cells were empty, the metal doors hanging idly on their hinges. Iron bars had been ripped like sticks of licorice and bricks had shattered into sand.
Ursula and the other guards entered the courtyard where most of the terrified prisoners had gathered. She stared at the gaping hole in the wall of one of the cell blocks. Furthermore, the roof of the execution chamber was stripped, and the guillotine was torn out of its underpinning, damaged by fire.
The prison director arrived, and judging by his worried face, there was a problem. After going through the list with names again, the director finally gathered all guards and announced that out of three hundred prisoners, four were missing.
Ursula was too tired to even blink when she was paired with a robust man from the day shift to search for the refugees. The premises were scrutinized inch by inch, but by the time the sun hung high in the sky, burning down mercilessly on the battered city, they still hadn't found even one of the missing prisoners.
“Have you seen that pile of rubble over there?” her partner asked.
“Yes. You think they got out there?” Ursula answered on another yawn. The idea of walking over to the far end of the courtyard and climbing over that Rubble wasn't exactly inviting.
“Let's go and have a look.”
Ursula sighed and trudged behind him to the pile of rubble scattered in front of the four-feet-thick brick and mortar wall surrounding the entire prison compound.
“Looks like there's a hole,” her partner pointed out and glance between Ursula and the crack in the wall. “You are small enough to crawl inside and have a look.”
She groaned inwardly. That was just what she needed after the night of horror she’d just survived. But her partner was permanent staff and senior to her so naturally had the say.
“Here, take my flashlight, and I'll help you climb over the pile of rubble,” he added with a voice that didn't allow objections.
With the help of her fellow guard, she reached the crack in the wall and squeezed inside. She couldn't distinguish anything except for eerie shadows, but her neck hair stood on end as if she was being observed. Her heart racing, she switched on the torch and gasped in the same moment when the beam exposed the terrified face of a man. Despite the fear on his face, he was a handsome man with thick dark hair, strong but pleasant features, and exceptional green eyes.
Recognition seeped into her brain. Tom Westlake. The profile she'd been shown earlier stated he was an English airman. A spy.
She lowered the flashlight, but he held her gaze, locking eyes with her. She stilled, and a charge of electricity passed between them. Ursula had no idea what was happening and blinked the emotion away.
“Please. All I want is to live,” the prisoner begged her.

I met the character Ursula, when she played a minor role in one of the author’s earlier novels. She was a prison guard at the Plötzensee Prison in Berlin which during World War II was used to house prisoners sentenced to execution. I enjoyed reading this novel that focused on her life. and how she as a loyal German responded to the Nationalist Socialist government of Hitler, but began, like many Germans, to question certain things.

An obedient person all her life, Ursula wanted to be a true, loyal German. As a loyal German, she responded to the positive changes Nationalist Socialist government of Hitler brought to her nation in the early years. After her country went to war, and the conflict wore on, she questioned some of the things she saw happening within her country. The war was personally devastating to members of her family. She hated the English for sending their bombers to destroy her city and nation. The death of her husband on the eastern front changed her.

The author masterfully wrote of the emotional rollercoaster Ursula found herself on, her fears, and her decision to follow her moral compass instead of blindly following the rules dictated to her. She faced several challenges, and in spite of setbacks and her feelings of inadequacy, overcame them.

The romance elements in this book were bittersweet. It ended with a hopeful ending as opposed to a happily ever after ending. The story was thoughtful, insightful and well-written.

You may purchase War Girl Ursula on Amazon by CLICKING HERE.

Marion Kummerow was born and raised in Germany, before she set out to "discover the world" and lived in various countries. In 1999 she returned to Germany and settled down in Munich where she's now living with her family.

Posted by Zina Abbott Author at 12:23 AM No comments: