Featured Book: THE ODYSSEY by Robert A. Kingsley 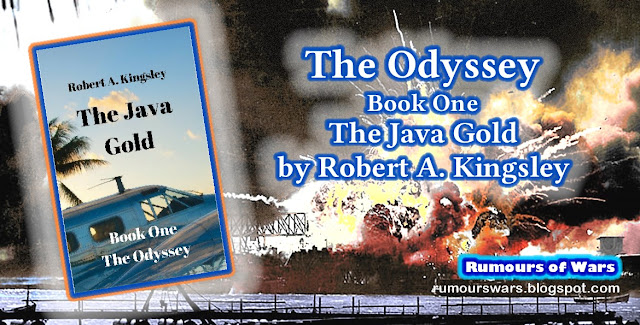 Today's feature is the first book in The Java Gold series:
The Odyssey
by Robert A. Kingsley

About Robert A. Kingsley: 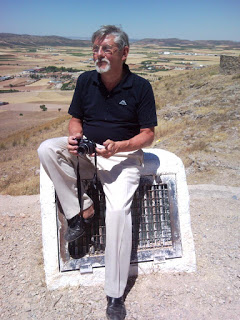 Robert Kingsley is a Dutch Canadian author who currently lives in Europe. Since his early youth he has had a keen interest in aviation and its influence on modern history – especially World War II.
During his travels all over the globe as a lifelong ICT professional, he has gathered first-hand, local knowledge of many countries and places. He has drawn on this knowledge to write “A Rude Awakening.” He has also published a full-length multipart novel titled The Java Gold, of which The Odyssey and Winds of Fortune are the first volumes. Robert is married and has a son and a daughter.

When not busy with his consulting business, he spends a lot of time travelling and doing research for future books.

Connect with Robert A. Kingsley:

The story begins during the Second World War, as the Japanese invasion sets South East Asia in flames. At the last possible moment, when the Japanese are already launching the final assault on Java, a planeload of pure gold is hurriedly sent off to safety in Australia. A malignant twist of fate intervenes and the gold is lost.

For years, the hidden treasure casts its spell on the surviving crew members. Misfortune, violence and death follow in their wake when they try to retrieve the gold after the end of the war.

Their bloody treasure hunt plays out in the Dutch East Indies, a restive place despite the war’s end. As the story continues, their expedition takes them across continents, spanning India, Australia, Europe and North Africa. Their exciting exploits and sizzling romances are juxtaposed with historical developments of places scarred by war and colonialism, the racism of corrupt societies and the emerging threat of terrorism.  The tale is replete with danger and treachery as the pursuit of “The Java Gold” shows the treasure hunters that human life is the price of greed.

This volume marks the beginning of a series of books following the treasure-hunting rogues. Kingsley blends kinetic action with meticulously researched factual details, infusing the work with his own passion for aviation and the Second World War, giving readers an exhilarating literary experience that’s part historical fact, part pulp fiction and all adventure.

Purchase Links for The Odyssey:

(Author's Note:
This part fits in after the flight has gone wrong and the gold has been hidden, The survivors have fled to Ceylon and discovered they are wanted by the authorities for the theft of an airplane and a load of gold. They make it through the war under new (false) identities and survive three years of flying over the Himalaya's as part of the "Hump"  operation. When the war is over, they want to settle somewhere. Their only trade is flying and they lack money to buy an airplane. So they decide to retrieve the hidden gold. They find passage as "working passengers" on board of an Irish registered tramp coaster, about to set out for Sumatra. They have told the captain they're looking for abandoned arms dumps on that island.) 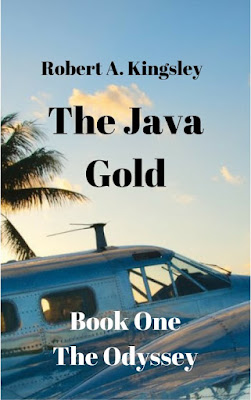 Posted by Zina Abbott Author at 1:00 AM No comments: