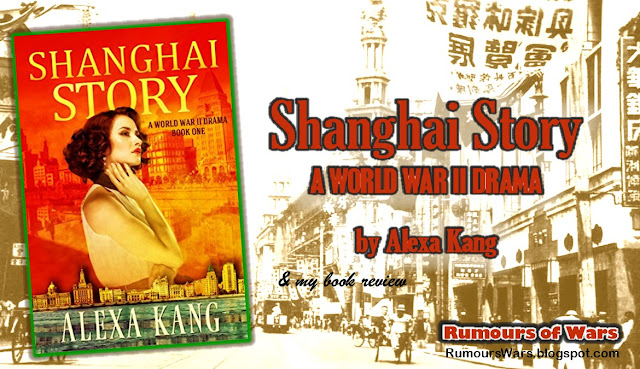 A WWII saga in the heart of the world's most decadent city in 1936. Enter the Paris of the East, where one man and one woman strive to hold on to their dreams as the Communists rise and the shadow of Japan closes in. 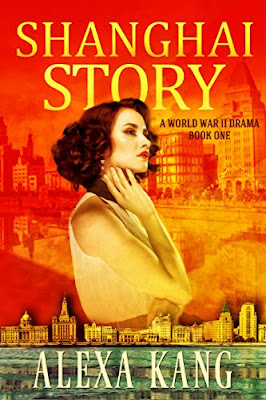 Before she could think further, Zelik said, “I have to tell you, I have doubts about hiring a woman for a reporter. You will be asked to do regular news reports on top of your weekly column. I want people who can get tough and dirty. I expect my reporters to dig into every nook and cranny and get the story. I need to see proof that you can do that. I'll give you a two-month trial period. If you can show me you can handle my assignments, the job is yours, and you can start your column.”
What more could she ask? “Thank you, Mr. Zelik.”
Zelik got up and open the door. “Dottie.”
Dottie hurried into his office. “Yes, Mr. Zelik.”
“Miss Levine here will be joining our staff.” He turned to Eden. “Dottie will get you set up and get you on payroll. Can you start next week?”
Eden stood up. “Yes, sir.”
“One more thing. There's someone I'd like you to meet.” He called out to the floor again, “Charlie.”
A man, in his late twenties or early thirties, entered.
For a moment, Charlie looks surprised, but he quickly recovered. “Welcome on board.” He winked. His slicked-back hair looked a little too perfect.
“This is Charlie Keaton, our senior editor,” Zelik said to Eden. "He's been with us for six years. He can show you the ropes. Learn from him.”
“Pleased to meet you, Mr. Keaton.” Eden put on her best smile.
“Good,” Zelik said. “Just remember, this is a tough job. You're not hired to write the society page, you understand?”

The book description, although enticing, does not do justice as far as describing this story. Along with the macro events that took place in China in 1936, many of which I as a Westerner did not have a good knowledge, this story covers so much more. For example, while Great Britain and the United States of America turned away Jewish refugees rather than offer them asylum from the growing Nazi threat, China allowed them to enter. The heroine in this story is Eden Levine who, along with her family, were able to escape Germany before the Nazi threat progressed to the point those with Jewish ancestry were stripped of all their wealth and denied exit visas.

Anyone who loves a good romantic suspense will enjoy this book. Miss Levine obtains a job as a reporter for a Jewish newspaper. Due to the complexities of jurisdiction between the British, American and French sectors along with the Chinese sections of the city, she ends up becoming an investigative reporter who solves a crime committed against someone close to her. The author did a magnificent job of weaving the history and customs in China in general and Shanghai in particular at that time to keep the story flowing so it made sense in the cultural context.

The hero, Yuan Guo-Hui, who adopted the name of Clark while he went to school for six years in the United States, idealistically chooses to work for the Nationalist Party (Kuomintang, or KMT), who was in control of the government, instead of accepting a job to prepare to take over his family’s business.  He soon learns of the level of corruption he must deal with, and the distasteful nature of some tasks required of him to support Chaing Kai-shek who was trying to keep the Communists under Mao Ze Dong from taking over the government.

Eden and Clark often met, often worked together, enjoyed socializing among family and friends, but remained aware of the cultural barriers. They used their connections to see justice was done even where the hands of the government and law enforcement were tied. It was interesting reading how the different government officials in Shanghai at the time were more concerned with the politics of a situation rather than enforcing the laws for catching criminals, especially if the victim was one of the “stateless” individuals, such as the Jewish refugees.

Along with the history of the place, I enjoyed the irony in the plot, the intensity of the action, and the blossoming of a romance in spite of cultural expectations. This book came to a satisfactory conclusion, but the author makes no secret this book is part of a trilogy. The Japanese “incidents” and Germany’s Nazi presence are alluded to in this book. I suspect the next book may include more of Japan’s and Germany’s impact on China and Shanghai. I look forward to reading it.

Posted by Zina Abbott Author at 12:31 AM